Better late than never for Pret A Manger – what can brands learn from their reputation crisis?

They’re the high street favourite where millions of us buy lunch every day. And until this week, food retailer Pret A Manger enjoyed a reputation for providing artisan, made-on-the-premises snacks and sandwiches.

Their brand identity is built on the promise of always delivering ‘fresh, honest food’ and brilliant, friendly service.

A tragedy rocks the wholesome reputation of Pret A Manger

But their reputation has been rocked by the death of Natasha Ednan-Laperouse. She was a British 15-year-old who died from cardiac arrest and anaphylactic shock after eating one of their sandwiches on a British Airways flight from London to Nice in 2016. The baguette with artichoke, olive and tapenade contained sesame seeds, which wasn’t listed as an ingredient on the wrapper, and Natasha was allergic to them.

The inquest into Natasha’s death criticized Pret A Manger’s attitude to food labelling as ‘inadequate’. It also cited six previous examples of customers suffering serious reactions in the 12 months before the tragedy.

Coroner Dr Sean Cummings said: “I was left with the impression that Pret A Manger had not addressed the fact that monitoring food allergy in a business selling more than 200 million items year was something to be taken very seriously indeed.”

UK food labelling regulations don’t require restaurants that make and package food on site, like Pret A Manger, to label allergen information on each individual product. But since the inquest concluded, Prime Minister Theresa May has called for a review of food labelling laws to look at the responsibilities individual companies have.

Pret apologised for Natasha’s death and said it “will learn from it”.

So where do Pret go from here? And what lessons can brands learn from the way they have handled the tragedy? 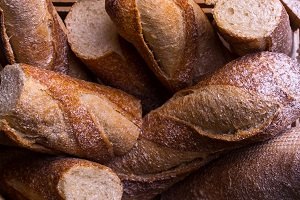 If brands are to maintain a strong, positive reputation they must listen to customers – and use their feedback to address legitimate concerns.

In Pret’s case, despite very serious cases being raised about allergen labelling, its in-store practices remained the same. Even after the damning inquest, newspaper reports found unlabelled sandwiches being sold in UK outlets. As a Times’ leader column put it, starkly: “The company had fair warning. It failed to act. A teenage girl died as a direct result.”

While sesame is one of the 14 allergens that consumers must be made aware of, according to EU regulations, individual member states are responsible for deciding how information is provided to customers. The UK’s Food Information Regulations Act 2014 allow freshly made non pre-packaged food to be sold without being individually labelled.

Pret said that at the time of Natasha’s death, products wouldn’t have been individually labelled, and that was within regulations. It did say that there were signs in the fridge and at tills telling customers with allergies to see its allergen guide (which is also on its website) or speak to a manager.

The problem here is that, when it comes to the court of public opinion online, although Pret A Manger complied with regulations, where was its public conscience to do more? Where did it go above and beyond in its duty of care to customers?

Apologies – make it public, make it human and be true to your brand

When brands get things wrong they must acknowledge their mistakes. Senior executives, the real decision-makers, should voice those apologies – demonstrating sincerity, compassion and a commitment to change. In Pret’s case, promising to learn from the tragedy didn’t go far enough, quick enough.

Should Pret have acted quicker to show that not only are they going to learn from it, but they are actively doing more to ensure such a tragedy doesn’t happen again? Yes.

As we know, businesses can simply comply with legislation, or they can look to go further with social conscience, and to find better ways to communicate with people, in this case those with allergies.

Pret’s apology was issued across several different channels, including via their Instagram page. Starting a conversation like this is a positive first step – but brands must make sure they are ready to deal with all kinds of responses, including negative ones. As well as messages of support, the channel was flooded with comments from customers claiming to have had problems with allergen identification. It’s all too obvious now that this issue had been raised before and nothing was done.

This doesn’t sit aligned with their branding, which is filled with positive messaging and shows Pret to have a social conscience. A section on its website is even titled ‘Doing the right thing (it’s what makes Pret, Pret)’ – something Pret needs to demonstrate with its labelling right now.

Days after the inquest concluded, Pret announced it will now go further than the regulations require. It is introducing full ingredient labelling, including allergens on all products that are freshly made in its kitchens. Prominent allergen warning stickers will be placed on all freshly made products and additional allergen warning signs will be displayed in shops.

In a statement, Pret A Manger Chief Executive Clive Schlee, said: “We are deeply sorry for the loss of Natasha. I said we would learn from this tragedy and ensure meaningful changes result from it.

“I hope this sets us on course to drive change in the industry and ensure customers with allergies are as protected and informed as possible. Nothing is more important to Pret right now.”

Action on this issue shows a lesson has been learned, but Pret also has an opportunity to campaign for change across the industry, by doing so itself and leading the way.  It still has a lot of work to do to convince the public that it has resolved issues around its labelling and recover its reputation.

As for other brands, this case demonstrates the power of, and case for going above and beyond the minimum legislation. 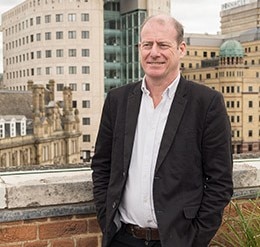